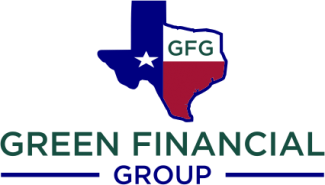 Elections and the Stock Market: Much to Do About Nothing

It’s a presidential election year and with that comes the invariable stock market correlations seeking to predict election results or forecast the market’s direction.  On one hand, the performance of the stock market during the two months leading up to the election has been somewhat of a predictor of who will win the race. On the other hand, we try to predict the direction of the market based on who wins the election. While all of this makes for interesting and fun banter around the water cooler, thoughtful investors would be wise to leave their Ouija boards in the closet and stay focused on their long-term investment strategy.  As much as we would all like to glean even a small amount of investment insight from the election year follies, it would be important to note that the stock market is essentially non-partisan, and Presidents have very little impact on the direction of the markets.

The Stock Market as an Election Predictor

Admittedly, the stock market has been fairly successful at predicting the results of Presidential elections. Since 1900, the performance of the stock market between July 31 and Election Day has correctly predicted the winner 88 percent of the time. 82% of the time when the market rallied between August and election day, the incumbent has won. 86% of the time when the market declined, the challenger won. That’s 25 out of 28 elections that the stock market has, in effect, selected our President.  That is pretty remarkable on its face, and, if I were a betting person, I would have to consider those to be outstanding odds.

There is some logic behind this relationship, the idea being that a rising stock market is a reflection of the general belief by investors that the economy will be stronger in the months ahead. The gives voters a confidence boost which, in turn, boosts the chances of a win for the sitting President.

The Election as a Predictor of Market Direction

Each election year I am asked whether a win by either party will be better for the stock market.  My instinctive response is, “I don’t know, and I don’t care.” Of course, I do try to explain in gentler terms that the market forces are much more powerful than any single person, even the President of the United States. With a slowing global economy and the possibility of increasing interest rates the market already has enough to absorb. Although, the uncertainty of who will guide our country for the next four to eight years is a contributing factor.  All told, there have only been three election years of the last 21 in which the S&P 500 had a negative return.

Is the Stock Market Pro-Republican or Pro-Democrat?

If we try to apply any logic to this, we would have to surmise that the stock market should perform better with a Republican in office. After all the markets like free-enterprise, lower taxes and less regulation, right?

Try telling that to George W. Bush. The stock market lost 25 percent, as measured by the S&P 500, during his two terms as President. Of course, he had two recessions and two stock market crashes as bookends to his eight years in office.

Conversely, the best stock market performance,as measured by the S&P 500, under a two-term President was none other than Bill Clinton who actually increased taxes. It can be said though, that the stock market performed extremely well under Ronald Reagan albeit for two down years (1st and 7th years of his presidency). But now, we have Barack Obama, under whom taxes and regulations have increased significantly, and the democratic candidates are putting proposals for more tax increases are on the table. Yet, of the last five Presidents, his first-term has seen the biggest four-year return of 46.5 percent. Of course, his first term began just as the stock market hit bottom after the 2008 crash.

The final tally shows that the best stock market performances in the last 30 years have come under democratic presidents.  Yet, nothing they have done while in office can be remotely linked to the performance of the stock market.

As those who follow our investment philosophy already know, the markets are random, but they do work regardless of who is in office.  Principled and disciplined long-term investors don’t invest for an election cycle, they invest for a lifetime. Vote your conscience and keep your eye on your target.

*This content is developed from sources believed to be providing accurate information. The information provided is not written or intended as tax or legal advice and may not be relied on for purposes of avoiding any Federal tax penalties. Individuals are encouraged to seek advice from their own tax or legal counsel. Individuals involved in the estate planning process should work with an estate planning team, including their own personal legal or tax counsel. Neither the information presented nor any opinion expressed constitutes a representation by us of a specific investment or the purchase or sale of any securities. Asset allocation and diversification do not ensure a profit or protect against loss in declining markets. This material was developed and produced by Advisor Websites to provide information on a topic that may be of interest. Copyright 2022 Advisor Websites. Opinions expressed in this article are those of the author and are not necessarily those of Raymond James. All opinions are as of this date and are subject to change without notice. The S&P 500 is an unmanaged index of 500 widely held stocks that is generally considered representative of the U.S. stock market. Direct investment in an index is not possible. Past performance is not a guarantee of future results.